Søk i feltet over

Press releases
Hurtigruten AS and Tide Buss have signed a long-term agreement on environmentally friendly bus transport in the Hurtigruten ports from Bergen to Kirkenes. The goal: Emission-free electric buses along the entire Norwegian coast.

The agreement has a value of approximately NOK 200 million and is the largest tour bus contract in Norway ever.

- When we invest billions in new technology and green solutions, it is important for us at Hurtigruten to find partners and suppliers who think the same way. Just like Hurtigruten, Tide is working to challenge the industry to move in a greener direction, says commercial director Asta Lassesen in Hurtigruten.

The agreement covers virtually all land-based transport for Hurtigruten, both on the transport stages to and from the ships and on the approximately 100 different excursions Hurtigruten offers on small and large destinations along the Norwegian coast. This means that several hundred thousand Hurtigruten guests will be transported annually by Tide, with low-emission buses and biodiesel.

In addition to their own buses and drivers, Tide will collaborate with a large number of local drivers and companies along the entire coast.

- It has been important for us to land a long-term agreement, to give the suppliers and our drivers predictability. With this big agreement, we can also work far harder with innovation and hunt for even better environmental solutions for tour buses, ”says commercial director Christine Flataker Johannessen at Tide.

From the start, the low-emission buses that carry Hurtigruten guests are run by biodiesel where it is available. In time, in addition to Hurtigruten, five new public tenders will also be launched in the summer of 2019, where more modern environmental technology will in total result in significant emission reductions with an 80 per cent decrease in NOx, 75 per cent in CO2 and 50 per cent reduction in particles.

Going forward, the ambitions are much higher.

- With the new agreement we will work with Tide to introduce electric buses in several destinations along the coast as quickly as possible. Together we will create experiences that are unique and sustainable, and provide for better environment, more jobs, more activity and higher value creation in the places we bring guests every single day, all year, ”says Lassesen.

The record-high agreement on low-emission buses is the latest of a number of green initiatives in Hurtigruten.

In 2018, the Hurtigruten celebrated its 125th anniversary by becoming the first major tourism operator and the world's first cruise line to ban all unnecessary disposable plastic.

The summer of 2019, the world's first hybrid-powered cruise ship, MS Roald Amundsen, is launched, followed by the sister ship MS Fridtjof Nansen the following year. Together with the Norwegian entrepreneurial company Brim, Hurtigruten also launches battery-powered catamarans that will sail on the Norwegian coast and Svalbard.

In addition, Hurtigruten will be rebuilding existing ships so that, as the first ships in the world, they can be operated on a combination of large battery packs, liquid natural gas (LNG) and biogas (LBG) - which are produced by Biokraft on Skogn of organic waste from dead fish.

For Tide, the agreement means that the company will be consolidating its position as a leading tour coach operator in Norway.

- We look forward to starting this national cooperation with a world-leading tourism participant like Hurtigruten. Hurtigruten is the world's greenest cruise line, and this contract is a big step, says Flataker Johannessen.

The contract between Tide and Hurtigruten starts in September. Included options for extension, it has a duration of five years. 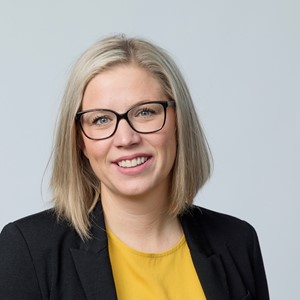 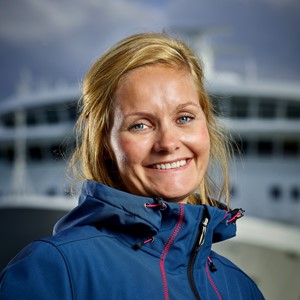